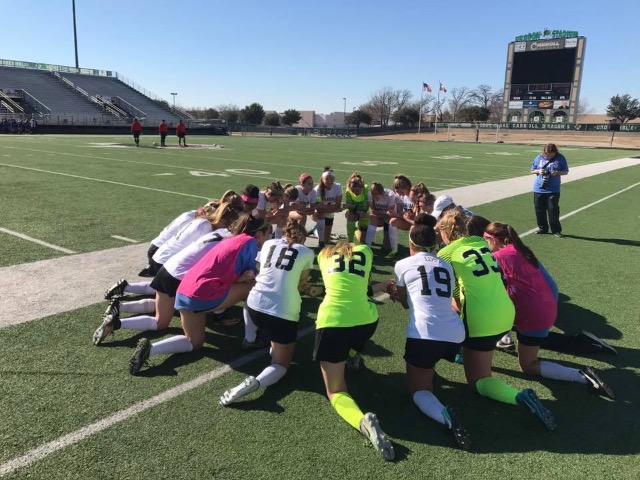 When the Lady Dragons opened 5-6A play against Hebron we said they played a beautiful game. Tonight's victory was far from beautiful, but in 5-6A you don't give wins back because they weren't pretty enough.
A defensive struggle emerged for the first 45 minutes and continued mid-way into the second half. It took a late goal from Madi Drenowatz, her 13th on the season (who says that's an unlucky number?) and some late Lady Dragon defense to preserve the 1-0 win. It was shut out #7 for Madi Martin. The lone assist on the evening went to Karina Owens.
The Lady Dragons are one victory away from double digits now as they improve to 9-1-1 on the season and will remain at the top of the 5-6A table at 4-0.
Up next they travel to Flower Mound Marcus to face one of their oldest soccer rivals. Kickoff is at 7:30pm on Tuesday, Feb. 6th.