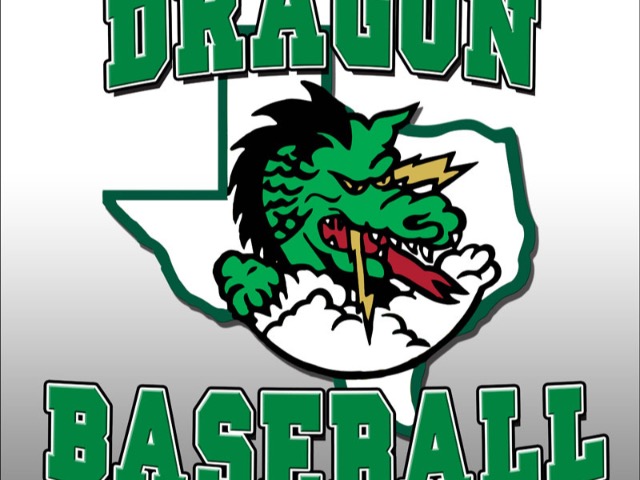 When the schedule of the final day of the SBISD Tournament was released, Carroll Baseball fan's collective eyes must have popped out of their heads. Powerhouse Corpus Christi Carroll and Houston Memorial in the same day? OMG...and with a 10am first pitch to boot. But today, SLC baseball, not to be confused with the Carroll from down south, rose up and reminded the state they were pretty good too.

SLC, #3 in the THSBCA preseason poll, scored a combined 18 runs in the two games to collect a double header sweep. Leaping out to a 6-0 lead over the other Carroll before clinging to a 6-5 victory, Carroll led 6-0 after 4 innings. Starting pitcher Kyle Warden flirted with Carroll baseball history for the 2nd consecutive day, taking a no-hitter into the 5th inning. CC Carroll rallied back with five runs over two frames, including a grand slam in the 7th to see the Dragon's lead cut to a skinny run. But Bergen Krug picked up the save and the Dragons survived for the 6-5 final.

The offensive heroes of the opener were Marcus Hill who had a pair of hits, going 2-4 at the plate. Patrick Traynor had a pair of RBIs, while several Dragons had a hit apiece. Kyle Warden picked up his first varsity win for the Dragons who had less than 30 minutes to grab something at the concession stand before beginning game two against Houston Memorial.

For those who began what would be a incredible 2017 journey at the Spring Branch tourney last season, ask anyone how the Houston Memorial game went and in a season filled with tremendous highlights, the Memorial game would be at the bottom of the list as in a 14-2 loss. This would explain why a Saturday morning game for a team coming off a state tournament run had such motivation behind it.

Nik Millsap drew the start on the mound and, despite allowing a run in the first inning, limited Memorial's historically hot bats to just two runs over 5 innings. The offense took out last year's frustration, bludgeoning Memorial for 12 runs on 15 hits in a 12-2 beatdown of the Houston area powerhouse, who count two alumni with the last name Clements among their famous graduates.

The Dragon offense blazed behind a 4 RBI day from Cole Johnson including his first home run on the season. He went 3-4 at the plate with the 4 RBIs and the aforementioned home run. Other offensive stars included Nate Santiago with 3 RBIs, Yanluis Ortiz had a multiple RBI day with 2 RBIs and 3 hits.

This we know. Coming home with a 3-1 record instead of a 1-3 record feels much better. The Dragons are scheduled to play in the Tyde Classic beginning Thursday, March 1st vs. Keller at Mansfield HS at 1:30pm.