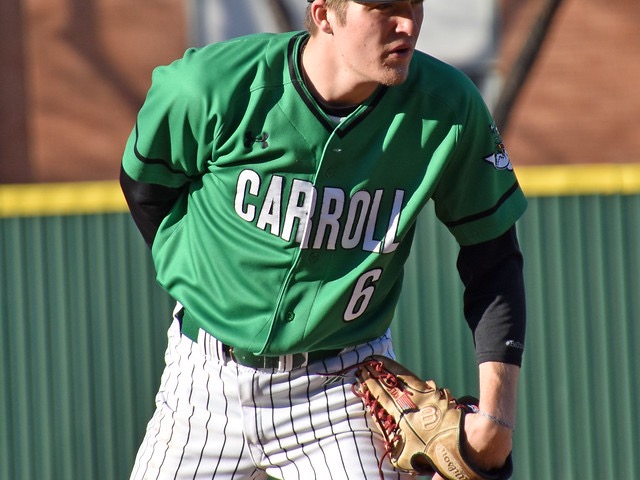 In the opening game SLC defeated the Yellow Jackets 3-2, eeking out the game winning run in the 5th inning on an RBI single by Cole Johnson. The win on the mound went to Adam Stephenson who pitched 4 l/3 innings, picking up his second win to improve to 2-0 on the year.

In game two, all the runs were scored in the first inning for the Dragons and that was only one run as they fell to Belton 5-1.

The split doubleheader runs their record to 8-2 on the season. Up next, day two continues tomorrow at 11:00am when the team takes on Coppell at Coppell HS and follows with Guyer at 1:30pm. Both games are at Coppell HS tomorrow.