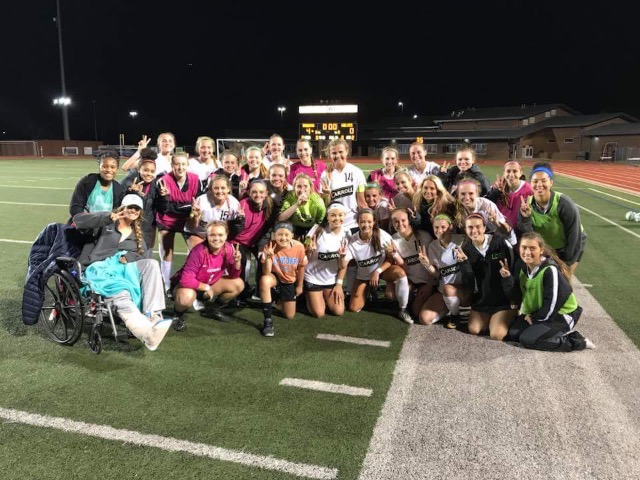 Lady Dragon Soccer has lost one game all season long, tied two and just won the toughest district in the state. Their reward? Why, a matchup with a four time state champion in the first round of the UIL playoffs, of course. WHAT?

The last time the Lady Dragons and Lady Wolves met in the playoffs it was the last game of the 2013 season and the capper to an undefeated Plano West state title run. In 2018, the Lady Dragons are hoping those roles are reversed.

Plano West did what most 4 seeds try to do when they are heavy underdogs...play everyone back, get through regulation and overtime, hope for a tie and win the thing in a shootout. And for the first half the strategy appeared to be playing out. The Lady Dragons kept peppering the Wolves back line with shot after shot, but the ball would not go in the net until one minute after intermission when Taylor Tufts finally found the twine. Less than thirty seconds later there was a second ,the helper coming from Sydney Posey and the night was pretty much over for the Wolves. At this point the Lady Dragons were basically bound for Area, however just to make sure there was no crazy last minute comeback the Lady Dragons added another 2 goals in less than a minute volley later in the second half. Goal #3 was Karina Owens and then #4 was Tufts rounding out the scoring.

The Lady Dragons will next face Irving Nimitz in the area round TBD.