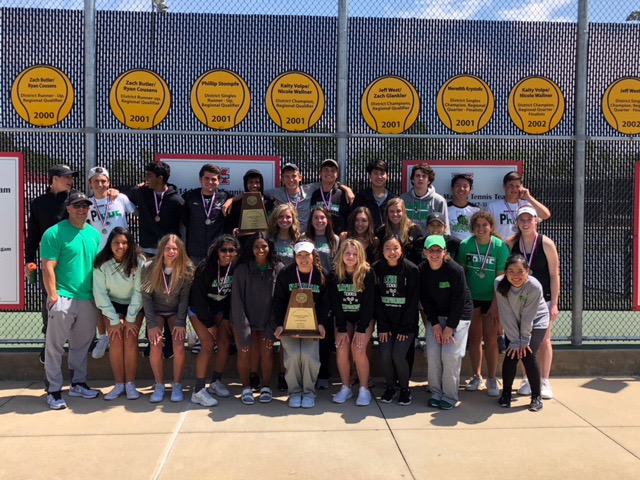 Dragon Team Tennis captured 13 out of a possible 16 regional spots today at the 5-6A District Tournament in Flower Mound.

Congratulations to all who advanced!