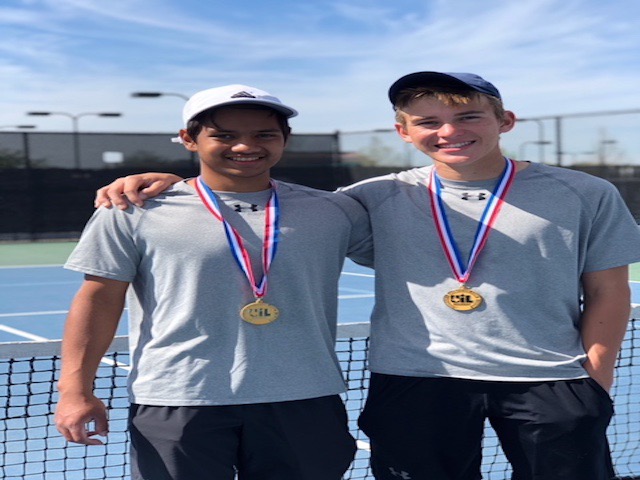 They both are going BACK - to state that is!

Arman Dave and Nick Ryniak will each be making their 2nd state tournament appearance - and 1st as a pair after earning the Region 1 title in Arlington today in Boys Doubles.

Each has previously advanced to the state tournament as singles players. Nick earned the bid as a freshman while Dave claimed the singles state title in his previous appearance.

Now they both will compete at the state level together as a doubles pair. Dave, a senior, recently signed his National Letter of Intent to play D1 tennis at the Massachusetts Institute of Technology. And Nick is a junior and will be back for Dragon Tennis for a senior campaign - but that's jumping ahead.

There is a potential three matches left for this double's pair to claim their stated goals. When the two were paired together, Dave stated he wanted to play doubles this season to add a doubles title to his singles gold medal.

The UIL state tournament takes place May 17-18 in College Station on the campus of Texas A&M University.

Congratulations to Arman and Nick on winning Regionals today and good luck at state.