DRAGON MOVE TO WITHIN ONE VICTORY OF REGION SEMI-FINALS 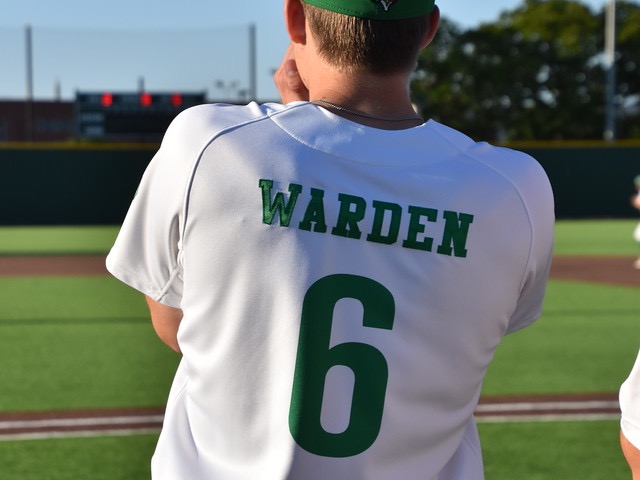 Carroll's Kyle Warden has become Larry Vucan's pocket ace. He is the secret weapon on the mound that only the coaching staff knew about. For 5 1/3 innings he befuddled a blazing hot Bobcat offense with his surprising assortment of pitches. He picked up his 6th win against only a single defeat, and his most important victory of the 2018 season, as it gave the Dragons its 3rd straight win over Byron Nelson and a 1-0 lead in the best of three Region 1 Quarterfinal series.

The Dragons, 28-6, picked up their most lopsided win of the three over the Bobcats as they cruised past 5-6A cinderella 5-0. The Dragons had 10 hits stringing together all 5 runs in two innings, two in the 3rd and three in the 4th.

Nik Millsap lead the Dragon offense with three hits on the night and a pair of the five RBIs. Fellow senior Adam Stephenson also had a pair of RBIs while Cole Johnson collected the other.

The series shifts turf fields tomorrow as first pitch of game two takes place at Carroll at 7pm. Gates open at 6pm and fans are advised to arrive early.