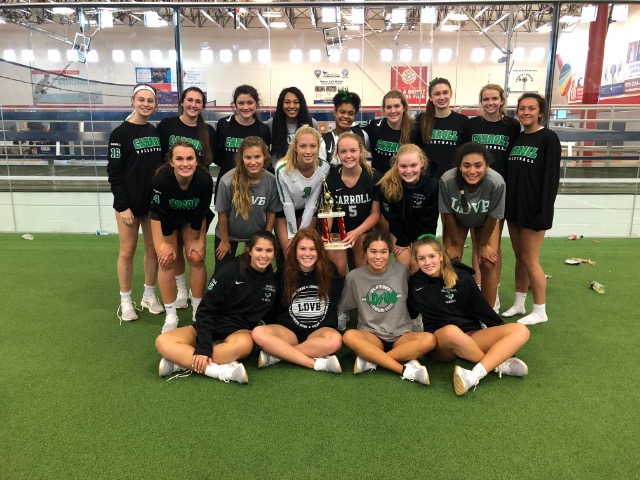 Lady Dragon Volleyball is not the team they were two weeks ago - they are much better. LDVB went 7-1 for this last week defeating Grapevine on Tuesday and going 6-1 at the PSA Lone Star Circle of Champions in Murphy over the weekend.

After going undefeated on day one Lady Dragon Volleyball reached the semi-final with victories over San Antonio Churchill and Flower Mound. No match has shown week to week improvement like the Flower Mound match. The Lady Dragons fell in the opening weekend of play to Flower Mound at the Pearland Tournament. Two weeks later in the rematch however it was a much different story. The ladies defeated the Jags 25-23 in the opening set and blew them off the floor in the second 25-11. The third match of the day was a very tough nip and tuck 3-setter against the host school Plano West. The Lady Dragons fell 25-23 in the 3rd set. This loss sent them into a 3rd place match with Waxahachie, which the team swept with a crisp 2 set victory.

The stellar play on Saturday was very important. Of the team's five losses this season, four of them have come on Saturdays in tournament play. SLC now 22-5 concluded tournament play with a strong finish and four athletes being named to the PSA Circle of Champions All Tournament team. Congratulations to Kendall Gilpin, Natalie Glenn, McKenzie Nichols and Annabelle Smith.

Up next the team's never ending road swing continues when they travel back to Collin County to take on perhaps the hottest team in the Metroplex, McKinney Boyd on Tuesday, Aug. 28th.