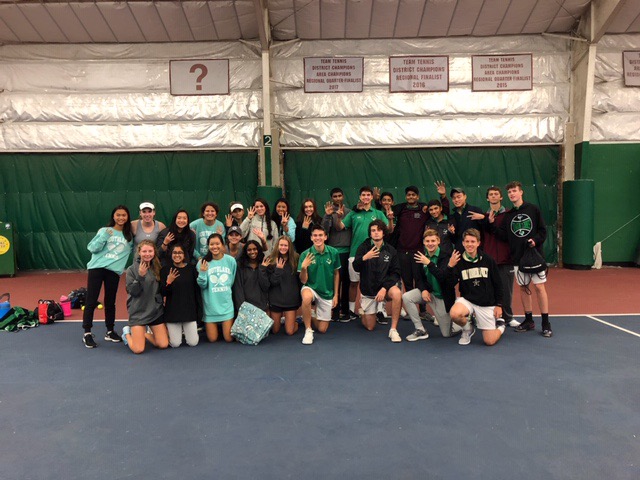 In perhaps the zaniest Bi-District Team Tennis match in school history the Tennis team played a Bi-District match vs. Flower Mound, which according to the schedule was to have been played either Monday or Tuesday at home. But due to the flooding rains that have consumed the area over the last week, outdoor play has proven almost impossible. So the two teams were forced to scramble to an indoor facility in Ennis. That's right, Southlake and Flower Mound played a match in Ennis. When the two teams got on the court however, which started outside after all, Carroll raced out to a 4-0 lead. But then, wait...stop everything...the skies are opening again, run inside to the great indoor. The break did the Jags no good as SLC would take the remaining six points in singles for the 10-0 victory.

Dragon Team Tennis, now 12-6 on the season, registered their fourth shutout on the year, which coincidentally, is the number of rounds remaining between here and the State Tournament. Hence the 4s the team is holding up in the photo pictured above.

The team now advances to the Area round - somewhere in the Metroplex. All we know for sure is the team will face off against Duncanville, which if it doesn't rain could be in Grapevine tomorrow at 4pm. However if it does rain the match will be held back in Ennis on Friday at 4pm.