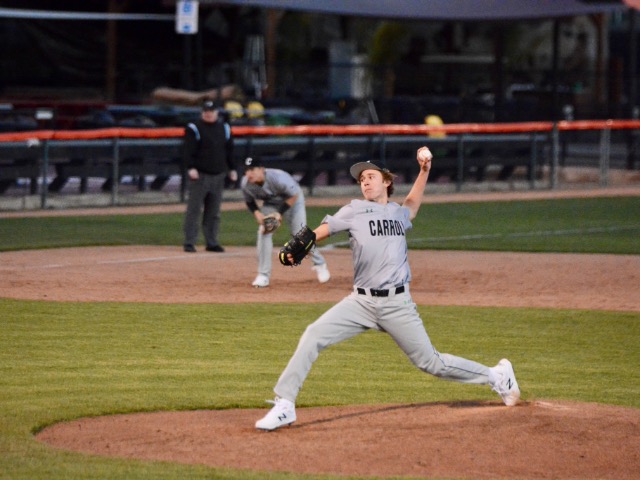 Yes it was 11am and 37 degrees so let's play a baseball game. But whatever the weather and the time the Dragon bats finally woke up from their prolonged slumber in a 7-0 victory over Denton Braswell.

Dragon Baseball pounded out 8 hits and scored an efficient 7 runs. They leapt on top with 2 runs in the first inning on an RBI double by Luke Slahor and the rest of the offense was nice support. They had seven stolen bases on the day including two by centerfielder Homer Bush, Jr. who also had two hits. Henry Fisher chipped in a pair as well.

Freshman pitcher, Griffin Herring, earned his first varsity win for the Dragons. He went 6 innings while striking out 9 and threw an even 90 pitches. He dominated Braswell from the first inning in which he struck out the side.

Up next the Dragons, 2-6, have game two of a split double header vs. El Paso Eastlake tonight at CSHS at 7:30pm. This will be the first home game this season as the opener was played this morning at Bicentennial Park.