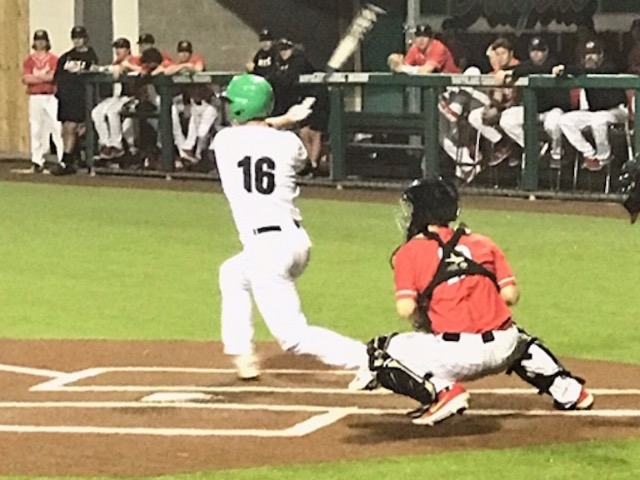 To quote the old poem "the outlook did look bleak" for your Carroll Dragons this day. They were one strike away from falling to Flower Mound for the second time on a very young 2019 season. And then Senior Austin Hale ripped a 2-2 pitch toward the left center field gap scoring two runs in the bottom of the 7th to turn what seconds before looked like a 3-2 loss into a 4-3 win. The win on the mound went to Sophomore reliever Ryan Pehrson who was perfect in two innings of relief facing six batters and retiring them all. He picked up his second win on the year to go to 2-0.

RBIs nine and ten for the senior shortstop, Hale, may have changed the course of the early season. Carroll, 7-8, then turned around some six hours later and faced the #1 team in the nation who entered play on a 40+ game winning streak.

The Eagles from Argyle however were no challenge at all for a young freshman left hander, Griffin Herring, 2-0, who struck out 10 over 4 2/3 innings. The Dragon offense was blazing hot scoring 11 runs on just 10 hits in the 11-1 victory. Yanluis Ortiz, Cade Manning and Grant Golomb each had a pair of hits in a game that the Dragons dominated before a raucous crowd. The nearly sell-out crowd was involved on every pitch.

The Dragons will look for that kind of atmosphere again when they conclude the tournament portion of the schedule Saturday, March 9th at 10am when they take on Georgetown at Dragon Field. Then the third consecutive day of double headers conclude at 3pm vs. Dallas Jesuit.