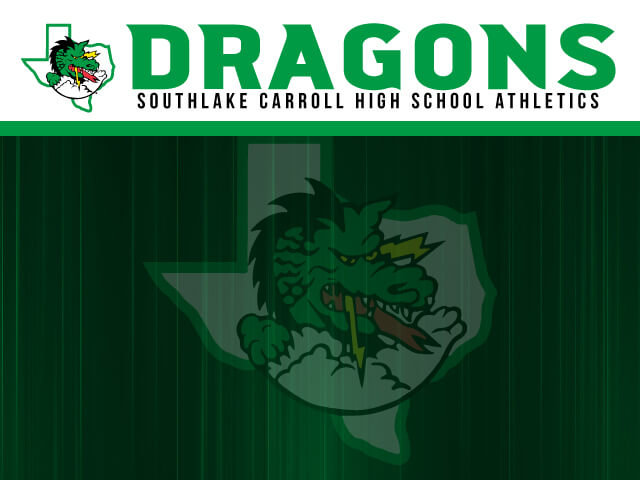 In their first ever tournament day on their new field turf surface, Lady Dragon Softball came out ablaze. Carroll 7-4 overall, outscored their two opponents today 27-1 in two games. First the Lady Dragons defeated Frisco Independence 11-1. Kelly Shackelford took the win in the circle while watching her teammates pile up run after run. The Lady Dragon offensive onslaught included two home runs. Elizabeth Egel and Katie Gee both did serious yard work, each with round trippers. The Lady Dragons pounded out 14 hits in the first game of the twin bill.

Think that was a lot? The team was just warming up. Against Lake Dallas in game two of this Turf War Tourney, the Lady Dragon offensive avalanche included 17 hits and 16 runs in a 16-0 shutout. Brooke Martin picked up the win while her teammates kept pounding out offense. Madison Cashon went 3-4 in game two as Morgan Mizouni, Katie Gee, Lizzie Thomas, Abigail Stuart and Elizabeth Egel all had multiple hits in the final game of the twin bill.

Up next, day two of the Turf War Tourney begins at 5:00pm when the Lady Dragons look to stay hot against Amarillo. They also will have a game at 7:00pm vs. Eaton.