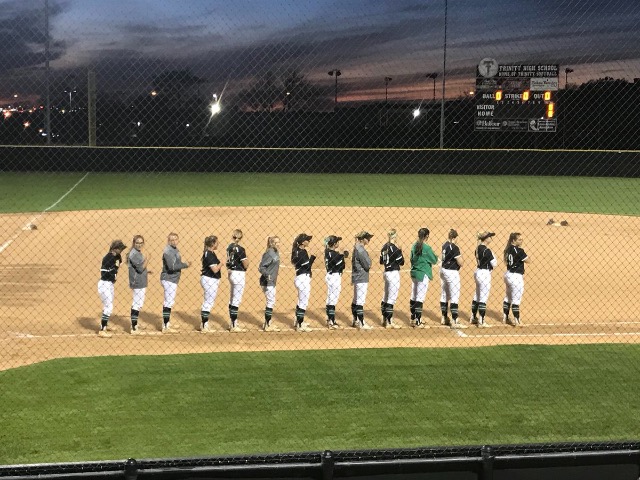 After a close competitive district opener vs. Flower Mound last week, the Lady Dragons headed to Trinity tonight for their first district road game needing a win. Nobody wants to start district in a 0-2 hole. The Lady Dragons put those fears to bed early scoring 3 runs in the first inning to bolt out to a lead they would never relinquish.

In an 11-0 run rule victory, which was shortened to 6 innings due to the UIL run rule, SLC spread the attack around. The box score will show they scored three in the 1st inning, added two in the 3rd inning, two more in the 5th and four in the 6th and final inning.

The team was led in hits by Riley Carter and Allie Nuenke each having three hits. The win in the circle went to Lauren Long who tossed 5 innings. Kelly Shackelford threw a spotless 6th inning.

Up next district play begins in earnest for SLC, 11-5 and 1-1 in district, as they take on Lewisville Friday night at home beginning at 7:00pm.