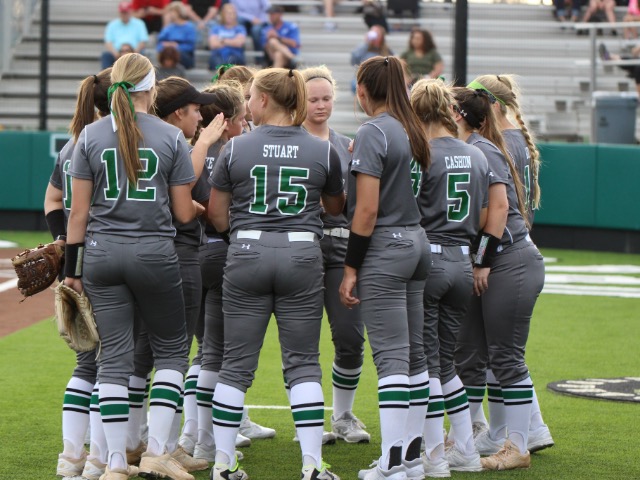 Lady Dragon Softball swept a pair of non district games over Spring Break to run their record to 15-5 overall. That just sounds nice doesn't it?!?!

Avery Ziegler had the lone RBI in the 1-0 game while Abigail Stuart, Riley Carter and Gaby Garcia each had one hit. As the saying goes, literally not much else to write about in a 1-0 game - but obviously some great defense!!

The following day the team defeated Decatur 4-2. Kelly Shackelford picked up the win. (Where have I heard that before?) She tossed 2 1/3 innings in relief of Brooke Martin.

The Lady Dragons managed four runs on eight hits and took advantage of two Decatur errors for the 4-2 victory. Gaby Garcia, Allie Nuenke and Katie Gee all had RBIs. Avery Ziegler and Gaby Garcia each had two hits.

The team returns to district play when they take on Byron Nelson at Nelson HS on Tuesday, March 20th at 7pm.