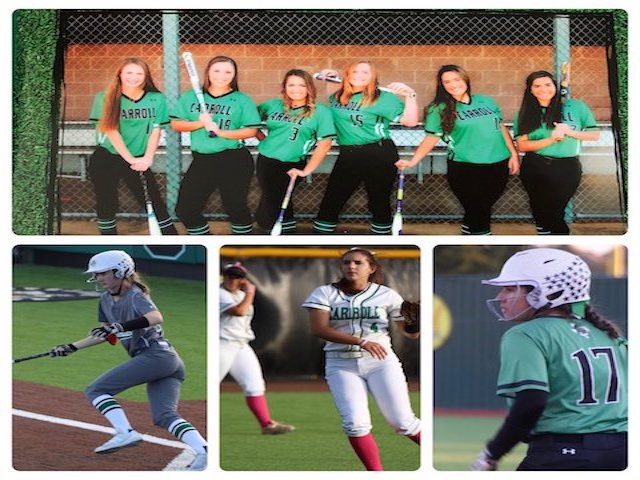 Lady Dragon Softball set a season high in runs tonight rolling over Trinity 17-1. The single run scored by SLC in the 1st gave no hint of the offensive onslaught that was to come as the big green machine scored eight runs in the 2nd.

The 2nd inning began with a RBI triple by Julia Labarge. Two errors resulted in a run and six other runs were scattered throughout the 2nd to put the game away. SLC scored five more in the 3rd and for good measure three more in the 4th before the game was called due to the 10 run rule a half inning later.

Allie Nuenke got the win in the circle coasting behind the 17 runs as Brooke Martin and Kelly Shackelford also worked on the night.

It is safe to say this year's senior class will always remember their 2018 senior night. Hopefully it is just the first of many special nights to come in a long playoff run. For now though the Lady Dragons can be satisfied with their 19th win against 6 defeats and 7 wins against only the Flower Mound sweep in district play.

Up next the Lady Dragons head back on the road to take on Lewisville on Friday, April 6th with the first pitch coming at 7pm.