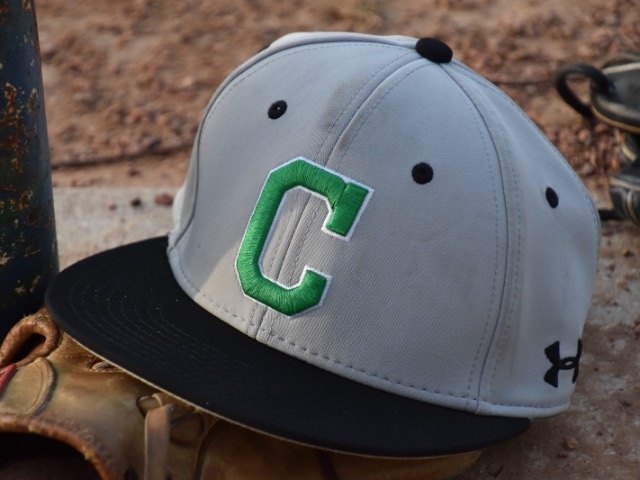 Although every goal you can accomplish was accomplished on Tuesday night, the 21 seniors on this Carroll Varsity Baseball team didn't want to leave their new Dragon field for the last time in the regular season game with a loss.

As we bid adieu to the regular season with a tip of the cap (thanks Dragon Baseball Smugmug for the great photo), in a game which all seniors received playing time, which is hard to do when there are so many, the Dragon offense was on point pounding out eight hits in the 3-2 victory.

Nicco Cole received the start against the Hebron Hawks, working 3.1 innings in tuning up for the post season. He allowed two runs on six hits while striking out five. Charlie Kiefer, Adam Stephenson and Cal Furgal all worked in relief. Furgal picked up the victory and Stephenson earned his first save on the year.

The regular season is now behind us and as anyone who was a part of last year's stupendous playoff run, which earned the Region 1 title can tell you the part of the season which is most remembered is coming up.

On to the playoffs and a chance for a ring. Thank you seniors for a tremendous regular season. All we know about the playoffs is that the Dragons will be the #1 seed out of 5-6A and face the #4 seed out of the Plano/Allen/Wylie district. Details to come later in the week. And this game tonight officially wraps the regular season as Grapevine has elected not to play the game which was scheduled for tomorrow.