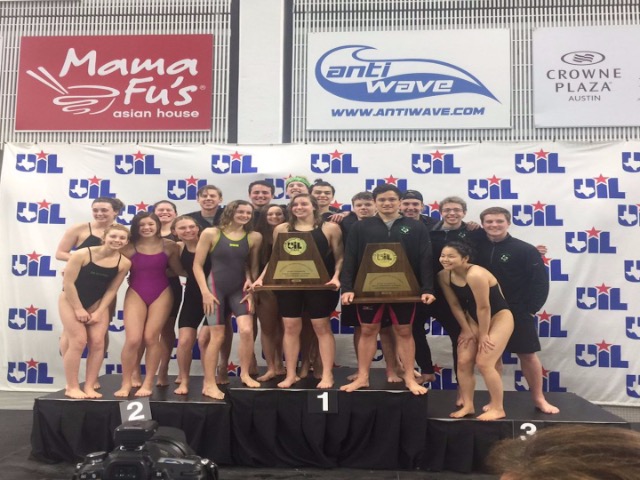 This year was unique in the way it was done. It was perhaps the greatest exhibition of TEAM swimming in state history. The Dragons did not capture a single event - the closest they came was a pair of Silvers. But their team points of 246.5 still topped second place The Woodlands by more than 30 points.

The Lady Dragons captured their 3rd State Title in program history and 1st since capturing back to back titles in 2012 and 2013. Although the Dragons have more overall titles - the Ladies have a special piece of history from their 2019 meet as they set a state record for team points accumulated with 298. This is the most team points since the UIL added the 6A classification.

The day got off strong for the Ladies as they took Silver in the 200M Relay with the team of Natalie Whalen, Corbyn Cormack, Kit Kat Zenick and Tina Karl with a time of 1:42.78. That was only the tone setter on the day as this was a school record and earned the team All-American. Natalie Whalen earned one of two individual Gold Medals for the Lady Dragons when she captured 1st in the 200IM with a time of 2:01.41 which was a PR, school record, and All-American. Whalen was followed by teammate Corbyn Cormack who touched the wall just behind her with a time of 2:01.80. This was a PR for Cormack and earned her All American. Junior Kit Kat Zenick earned another state medal in the 50 free with a Silver in a time of 22.81. PR school record and All American for her!!

The other Gold came from ladies 1M Diving as Hailey Hernandez captured Gold for the 2nd consecutive year earning 540.40 points. She was followed closely by her Lady Dragon Diving teammate Bridget O'Neil in Silver medal position with 525.70. Each of these dives earned All American honors.

Everybody knows that the climax of any championship Swim meet is the 400 free relay. The Dragon team of Landon Armstrong, Kevin Repice, Jakob Williams and Chris Lindley earned a strong 2nd place in a time of 3:03.56 which was a season best time for this relay group. All American here too!!

Although the team title was virtually assured by the time the 400 hit the water for the ladies you might as well finish off in style. And so the team of Kit Kat Zenick, Riley Francis, Natalie Whalen and Ashley Zettle
did just that taking 1st place with a school record time of 3:22.90 and All American honors too.

Everybody who tuned in to the NFHS broadcast or was at the Joe Jamail Swim Center on Saturday morning saw Dragon and Lady Dragons Swim/Dive history. This was another remarkable chapter in a great story - coached by great coaches!! Congratulations go to the entire coaching staff on another year in the dynasty. 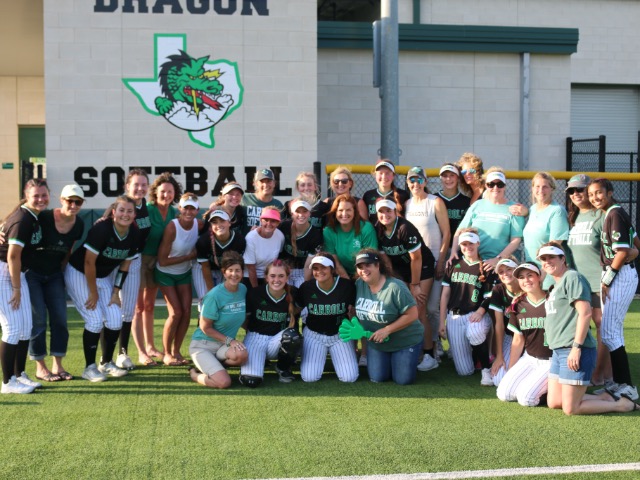 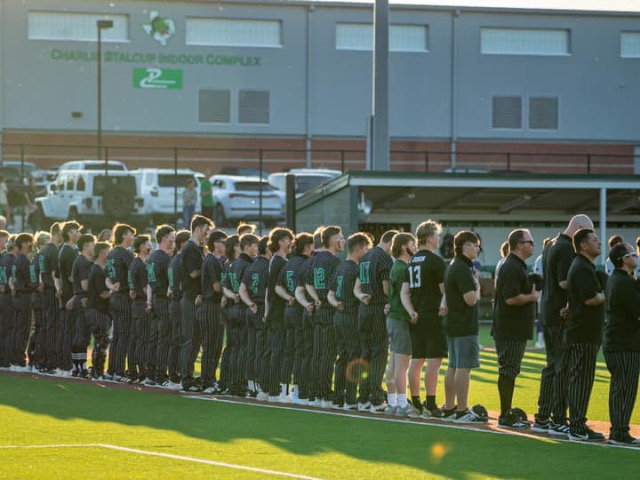 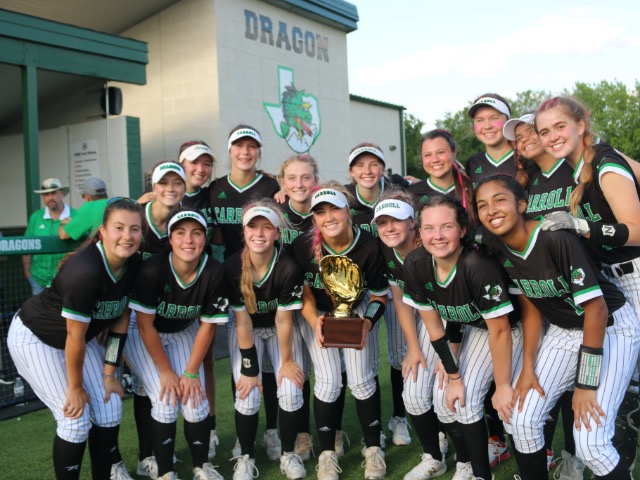 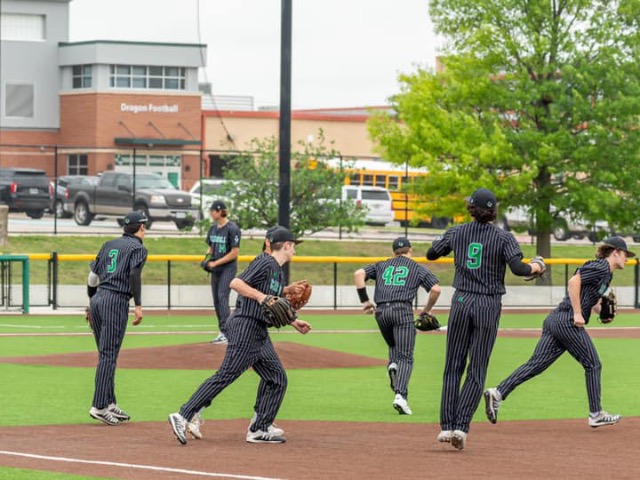