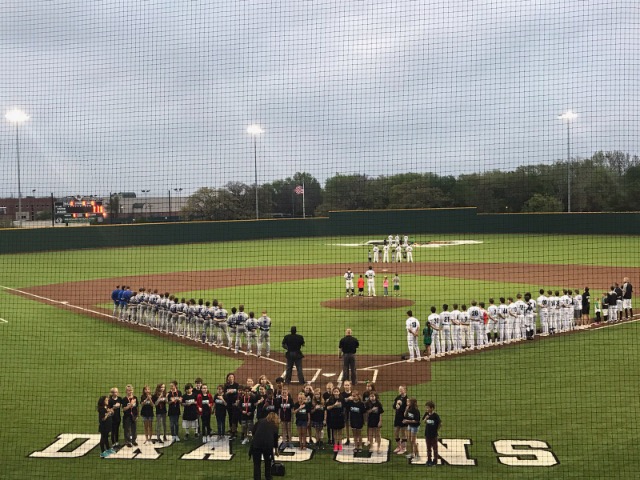 On a night filled with other playoff action a pretty bananas baseball game took place at Dragon Field. The first inning shaped up like this game was going to be a standard Dragon district victory as Carroll scored 3 runs in the 1st inning on three RBI singles. But starter Joe Steeber struggled in the 2nd allowing 4 runs before exiting. Two more runs would cross the plate before sophomore Ryan Pehrson came in to stabilize the ship. He threw 5 2/3 innings while he waited on the Dragon offense to re-engage in the fight. They did in the 3rd inning, tying the game up at 6. They then took the lead back in the 4th on an RBI triple by Austin Hale. Another insurance run scored in the frame and the Dragons survived for an 8-6 win over Byron Nelson.

The victory is the Dragon's third straight district sweep. They are now 6-0 in district play and 14-10 overall. The win was Pehrson's 5th on the mound. He is now 5-0 on the season and the staff leader in wins.

The Dragon offense pounded 10 hits on the night, led by Cade Manning and Austin Hale - each with a pair, while Byron Nelson collected only 2.

Up next for SLC is another home game to open a two game series with Fossil Ridge on Tuesday, April 2nd at 7pm.