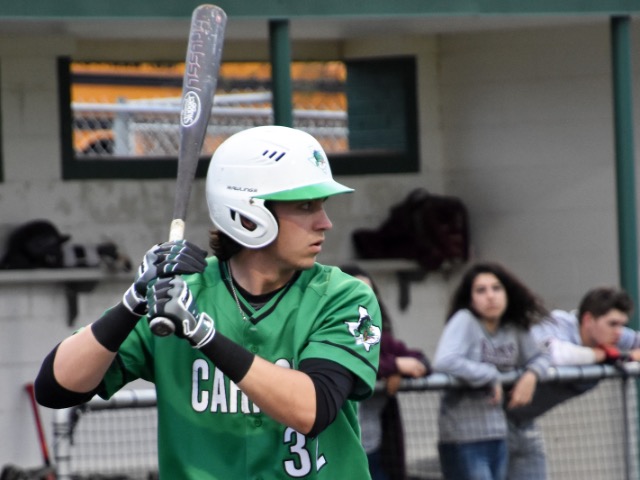 Dragon Baseball, 18-3, remains one of the hottest teams in the state tonight, winning their 10th straight while completing a series sweep over Lewisville. The third straight series sweep runs the team's district record to 6-0 in 5-6A.

Nik Millsap provided the big offensive blow as his second homerun on the season gave the Dragons a comfortable margin to work with.

Nicco Cole was, well, Nicco, as he worked 6 2/3 innings in the 6-3 victory. The win was Cole's 5th on the season to run his record to a perfect 5-0 mark. Kyle Warden recorded the game's final out.

Other offensive stars for the Dragons included Cade Bell who was one of four Dragons with a pair of hits. Adam Stephenson, Cole Johnson and Millsap all had a pair of hits as the team pounded out nine in the win.

Up next the Dragons have their second of three Saturday games when they take on Keller, Saturday, March 31st on the road with first pitch at 7:00pm.