DRAGONS MOVE TO WITHIN ONE OF CLINCHING DISTRICT 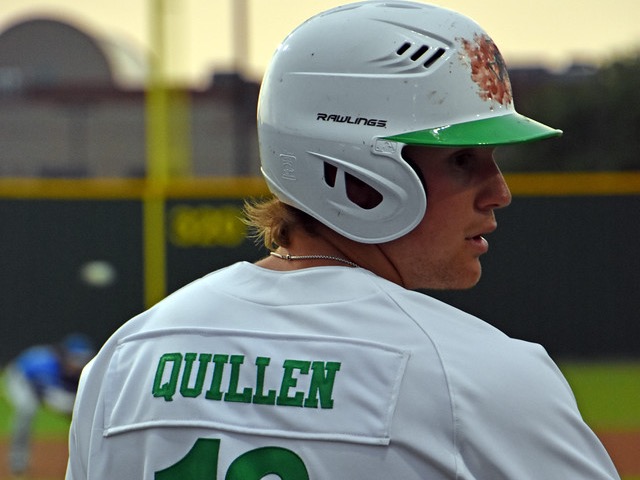 Anybody who saw the first game of the Carroll vs LD Bell series must have thought something strange happened, like a different Carroll team showed up Friday evening. After Tuesday night's 8-2 defeat, which for the first time, saw a team pull even with Carroll in the district standings, SLC knew a simple fact. If they did not want to see their district title slip away they must win tonight.

It took all of four batters for this game to essentially end as the Dragons plated four runs in the first inning to jump quickly to a 4-0 lead. For the first time in nearly a month the Dragon offense re-asserted itself. SLC scored seven runs on ten hits.

The star of the night from the plate was Will Quillen as the senior had 4 RBIs including two gigantic insurance runs in the bottom of the 6th to salt the game away. Four other Dragon teammates had multiple hits. Adam Stephenson, Cole Johnson, Nik Millsap and Jake Miller each had two hits in this 7-2 victory.

SLC, 22-6 and 10-2 in district, now sits again atop the 5-6A standings alone and reduce its magic number for clinching the title to one. In other words they need one win in their final two district games over Hebron or one LD Bell loss in their final district series.

Nicco Cole picked up his team leading 7th win on the season. His record remains spotless at 7-0. He allowed two runs to LD Bell while completing his night's work and striking out nine.

Before we shift our attention to the Hebron series, however, the team is scheduled to return to the field Saturday, April 21st at 11am for its final non district game of the year. They take on Grapevine at home, weather permitting, of course.