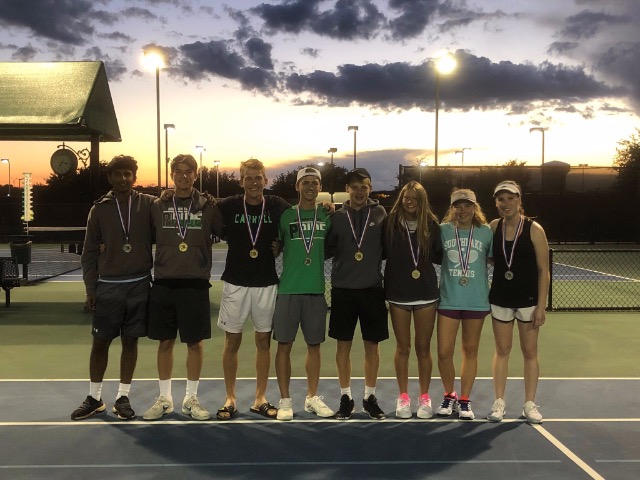 Dragon Tennis made history today at the Region 1 Tournament in Arlington. Despite surviving at least three rain delays over the course of the last two days the team will send a program record 8, yes that is 8, to the UIL Tennis Tournament next month.

This record setting group will now have nearly a month to savor their victory and hit the practice course before heading to the UIL State Tournament on May 16-17 in College Station.