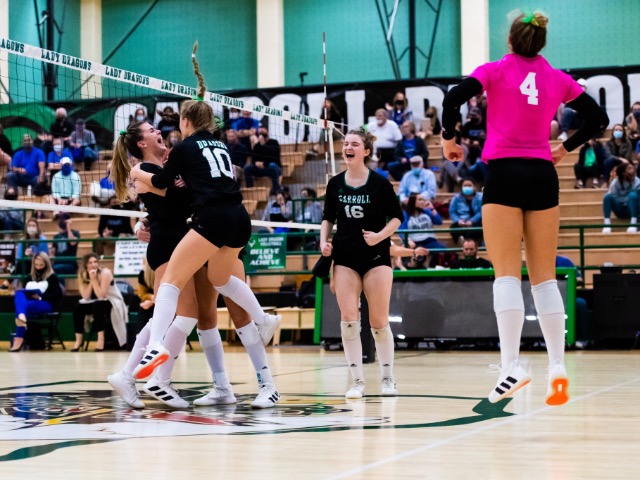 A classic volleyball game took place Friday night at CSHS. The five set roller coaster ride over Byron Nelson handed the defending state champion Bobcats just their second loss of the season and kept the Lady Dragons, 11-3, 8-2 in 4-6A, very much in the hunt for the District Championship.

The Lady Dragons, unlike they did two weeks ago on the road at Nelson, dropped the first set 22-25. But responded immediately with a 25-23 win to even the set and then appeared to take firm command of the match with a 25-16 win in set three. But as so often happens with these two teams as four of the last six matches between the two have gone to a 5th set, Byron Nelson responded with a 19-25 win in which they looked ever bit the part of a defending state champion. For the second time in as many matches between the two in 2020 this one was going the distance. It was the 4th time the Lady Dragons have gone to five sets in district play this season. They saved their best set of the year to date for this one, using an electric albeit capacity reduced crowd to dominate the Bobcats in the final stanza, 15-8.

You don't defeat the defending state champions without several strong statistical performances. The Lady Dragons were led in kills by Natalie Glenn's 33. She also contributed 22 digs. Keagan Polk, the Baylor commit, chipped in her usual outstanding performance from the back line with 47 digs from the libero position and emerging Junior setter Jessica Dunn had 60 assists and 28 digs.

The gigantic win moves the Lady Dragons into a position to challenge the Bobcats for the 4-6A title as they are now 8-2 and tied for second place with Eaton who they face at home at 5pm tomorrow night.

Third year coach Teressa Dunn, who picked up easily the biggest win of her regular season tenure at SLC gushed over her team's play. "We played as a solid unit. Every point mattered. They trusted in the game plan and in each other. It was some of the best volleyball I have seen in my three seasons here."

For those who have trouble keeping up with all of the different schedule machinations this year - there is one week of regular season play left for 5 and 6A schools. The Lady Dragons face Eaton tomorrow and then close the regular season on the road on Friday, Nov. 13th at Keller. 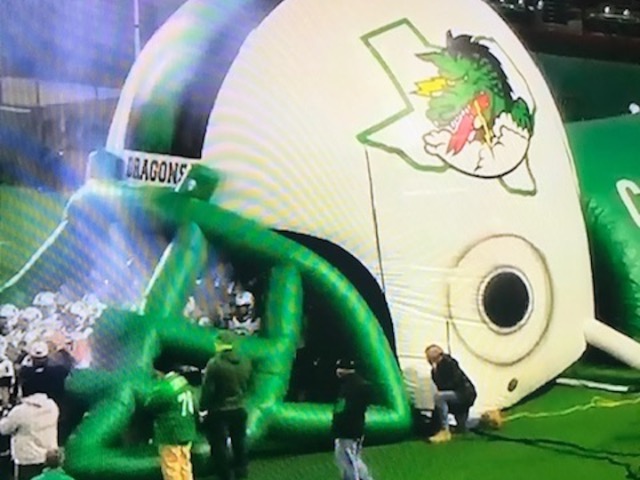