DRAGONS PINK OUT AND SHUT OUT BOBCATS 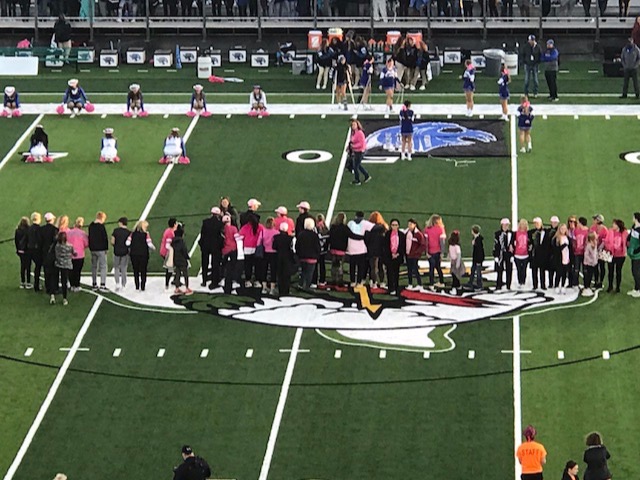 If there has been one thing to quibble over through the first five games of this Dragon Football season, it has been the offense's "slow" starts. Carroll has still averaged over 49 points a game but they have been held scoreless in the first quarter in their last two district games. None of this was an issue tonight as the Dragons ripped down the field on their first two offensive possessions to set a tone that would last through the entire special Pink Out night.

Carroll led the Bobcats from Byron Nelson 14-0 at the end of 1Q. Behind seven offensive touchdowns, three from the combination of sophomore quarterback Quinn Ewers and senior receiver Wills Meyer and three from freshman running back Owen Allen, they were never threatened tonight. The Dragon offense put up 49 points and the defense was stellar pitching the first shutout on the year in the 49-0 whitewashing. Quinn Ewers threw for 23-28 for 289 yards and 3 touchdowns. On the ground the Dragons were more than efficient as freshman running back Owen Allen rushed for 114 yards and 3 TDs. Senior Gresham Rodie had two carries and a touchdown, his first varsity touchdown for the Dragons.

It is important to point out at this point that your Dragons are now 6-0, led by a sophomore quarterback and a freshman running back, with a lot of help from a great O-Line. Talk about a youth movement!!

SLC (6-0, 3-0) now faces a short week traveling on the road to Fossil Ridge for a Thursday night game at KISD Athletic Complex on Oct. 17th.